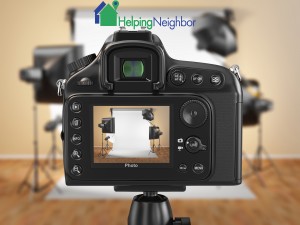 Shooting documentaries is part technique and part instinct. Depending on the type of documentary you’re shooting, you may have to shoot on the fly “following the action” or everything may already be planned out in advance — for example a historical documentary where you’re shooting a lot of “talking head” interviews.
No matter what type of documentary or video you’re shooting, here are some basic tips to follow so that you can be master of videography
1. Steady Eddie
Keep the camera steady. If possible, use a tripod. Don’t constantly zoom in & out or pan right to left. In general, you want to record at least :10 of each shot. Let the action in the frame speak for itself. You will thank yourself once you’re back in the editing room.

2. Wide, Medium, Close-up
For every scene or event you’re shooting, make sure to get different angles so that you’ll have choices in the editing process. For example, if you’re videotaping a protest, get the widest angle possible (perhaps on top of a building looking down on the crowd), then get close-ups of the faces in the crowd and then some medium shots of people from the ground level. Again, don’t forget the :10 rule for recording each shot.

4. Timelapse
time-lapse is one of the most visual and fun ways to capture an event or story. Before heading out for a shoot, think about whether the story could lend itself to a time-lapse shot. Various video cameras these days are equipped with special time-lapse settings. If they’re not, just set the camera up on a tripod and let it roll. You can always speed up the footage in editing later.

5. Lighting
The same rules that apply to photography, apply to videography. Always make sure your subjects are well lit (but please, not “over-lit”). As an example, don’t put an interview subject with their back to the sun. Or don’t put them under a shady tree with a bright scene in the background.

We hope you find our Best videography service tips helpful.